A Touch of Klez (ATOK) is an amateur community band playing for both Jewish and community-wide events in Ottawa. Founded by Hazela Wainberg in 1998, it has developed into a nine-piece band (2 clarinets, flute, keyboard, banjo, mandolin, string bass, drums, singer) focusing on traditional klezmer music. 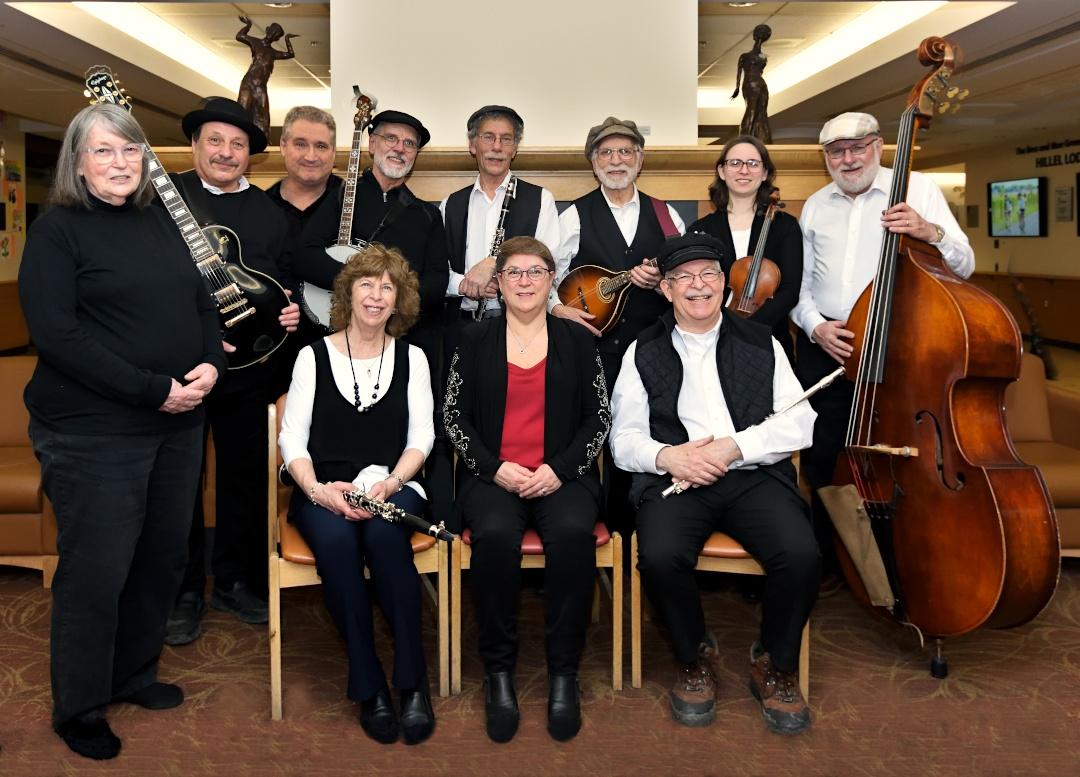 ​The band rehearses weekly at the Bess and Moe Greenberg Family Hillel Lodge. Our appearances have included the Concert for Peace, Herb Gray’s 40th year career anniversary, a fundraiser for Magen David Adom, and an Inter-Faith Concert for Peace. We do several shows a year at the Lodge, and play every year at the Kosher Food Bank dance evening, the Ottawa Tulip Festival and at Westfest.

The band also performs for synagogue events and can be hired for private parties, weddings and bar and bat mitzvahs.
Our repertoire includes the range of traditional klezmer, including bulgars, shers, sirbas, freylachs, waltzes, European horas and terkishers. We also move into Yiddish theatre, Israeli, Russian and Ladino songs, and even jazz and pop tunes particularly by Jewish composers. No matter what’s on the play list, the band's performances are always tuneful and lively, designed to lift the spirit and get your feet moving.  A Touch of Klez is often joined for performances by Susan Barker of Joie de Vivre Folkdancers. She teaches klezmer dances on the spot, enhancing our events for both the audience and the band itself.